Every Woman is a Wonder Woman

FindItMore | The third month of every year is known to be the Women’s Month. March is a time to celebrate all the women in the world and highlight their strengths and their impact to every person’s life. Women empowerment has become a popular issue in society today, and it’s evident in the pop culture wherein movies, TV shows, and music that talk about this particular issue and highlighting the amazing abilities of a woman. There are also celebrities and other known personalities or influencers who stand their ground with their advocacies about empowering women.

In celebration of the Women’s month, let’s take a moment to be inspired by an award winning movie that is all about women empowerment on and off screen, Wonder Woman. When this movie first came out, it had a massive amount of people patiently waiting in long lines just to grab movie tickets to see one of the most awaited movies in 2017.

Here are some of the most memorable and remarkable lines from the movie that empowers women around the world.

Truly, Wonder Woman is a woman of strength, hope and compassion, especially after she spoke this line. A lot of us see all the wrong things happening in the world but only a few of us do something about it. This inspires us men or women to stand up for what is right to be like her — a hero — in the best way we know how. 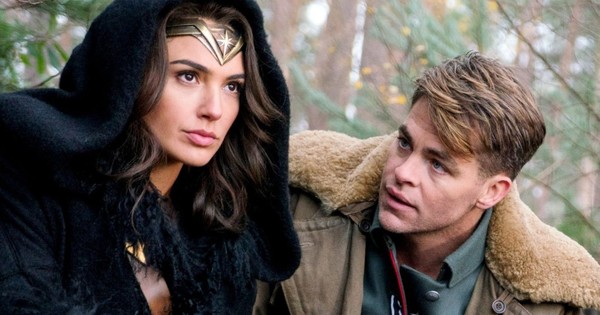 Steve: This was is a great big mess, and there’s not a whole lot you and I can do about that. I mean, we can get back to London and try to get to the men who can.

Diana: I am the man who can.

She has a point, don’t you think? It’s such a powerful line that makes a lot of people ponder on it and think, “yeah, she actually is”. In the movie, Diana wants to help fight in the war and fight against Ares to stop all the wrong things going on in the world. It’s a battle she’s so eager and willing to fight. Just because it’s going to be difficult, it doesn’t immediately mean that you can’t. I mean, they were able to do it so why can’t you?

Diana: I am going, mother. I cannot stand by while innocent lives are lost. If no one else will defend the world from Ares, then I must. I have to go.

Hippolyta: I know. Or at least I know I cannot stop you. There is so much, so much you do not understand.

Diana: I understand enough. But I’m willing to fight for those who cannot fight for themselves. Like you once did.

Hippolyta: You know that if you choose to leave you may never return.

Diana: Who will I be if I stay?

This mother-daughter scene is a memorable exchange of lines filled with so much power, hope and courage. Hippolyta’s concern as a mother is evident even though she knows her daughter has a point, and Diana’s eagerness to go and fight. Diana believes she is ready and because of that, she became the iconic Wonder Woman. If we don’t go out and fight, who will we be if we stay?

Here’s to all the women out there: You are amazing, you are strong, you are powerful. Always remember that. If you want to go do something and make a change, then by all means. Believe you can do it because you really can. Happy Women’s Month, beautiful creatures!

Noelle Salvador is currently a Content Writer in Sattaj - Athena Collections who also works on a personal blog on her spare time.